Fleas, fleas, fleas : a grand night at Oscar Andrews’ 18th birthday party last week: 14 years ago Old Boy Gacko & Uncle Tacko! performed for his 4th birthday party and his surprise birthday treat for his coming-of-age was Uncle with his flea circus. Madam Flea-Flea initiated the young man into her murky world of iniquity and somehow the preponderance of cider and wine seemed to make the whole show even more saucy than usual. Thank you to my dearest Niece Alison, for organising it all so sublimely. 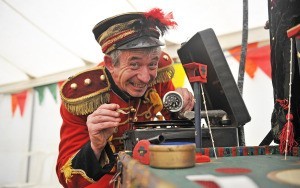 Number 6 Festival at Portmeirion… “I am not a number, I am a FLEA man!”: Uncle’s pitch was right in the village of Portmeirion for 2 glorious days of flea circuses and the hugely popular Dom-tink! 7,000 people came to the festival and the whole event seemed to be a triumph for all concerned. It was lovely to work with all the Walk the Plankers again and also to Aeolian Hugh (Nankivell) & all the little Nanky-peeps. 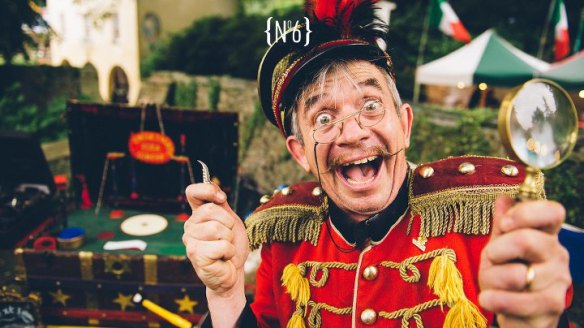 Other oddities: Loaded a piano into the van  to entertain the fleas with Dominic Grey and his 2 youngsters, then drove it all around North Yorkshire en route for Nankivell Towers in Torquay later in the week. 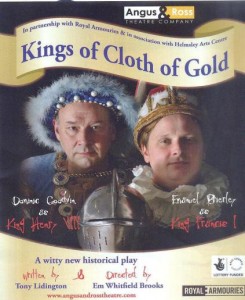 Panto: We had a Babes in the Wood production meeting at the Georgian Theatre Royal in Richmond and welcomed the new pantomime designer – Joseph(ine) Robson. Sales are well ahead of last year, so do book early.

Ooooh!: Prom-Prom has received an organisational development grant through the Grants for the Arts scheme of Arts Council England. The purpose is to look at what might be the best business model for the company over the next few years as the recession bites. It is a really welcome opportunity to consider in detail the operation & practice of the company.

Silver Screens: The project is now drawing to a close and we hope to have a finished CD of the recordings by the end of October – how exciting! 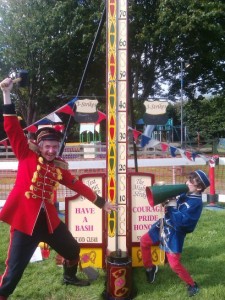 End of the Summer season: The flea circus, Captain Ginger, The Imaginarium and the Dom-Tink are now up and running. Thank you to everyone who has helped me put them together and also all the promoters and audience members who have given such amazingly positive feedback…let’s do it all again next year! 2012’s summer season has been a triumph for all our new shows and attractions and we intend promoting them for 2013 in the next few weeks. If this year is anything to go by, it should be a be a corker! Do get in touch if you want to book on info@prom-prom.com.