You can find our Blog, with all our Posts here

Our Calendar of upcoming shows and events is here

Available to book now for the Summer Season:

We are starting to book for next season already, so if you would like a flea circus, stories, silly songs or nonsense in general, then do get in touch soon.

The Imaginarium, the mighty Dom-Tink! (try-your-strength) & Tinglary (barrel piano) are ready for another season of mayhem…

Tony is off to Richmond, North Yorkshire again to direct Jack & The Beanstalk (the 6th year in a row – see the glowing reviews on the Pantomime pages).

Tony has started a Ph.D in the history and contemporary practice of British Showmanship.

The Raree Man’ Peepshow was developed successfully and had its first run of shows in 2015 and is now available for 2016.

Chin Up! A 2-year project working in Torbay, funded by the Armed Forces Community Covenant, this project links young people and veterans on the armed forces through a practical study of the history of  entertainment during armed service…what was the entertainment that took place, what impact does it have and what does it mean. We are producing concert party shows and a small exhibition of our work.

We are busy updating this website with the many photos and videos that we gathered in 2015.

Well what a blast that was – from Pilton Green Man Festival in North Devon, to a medieval castle in Beaumaris on Anglesey, from Sidmouth Folk Festival to the Kite Festival in Morecambe…and everywhere inbetween, we have criss-crossed the country throughout the Summer and brought fun, diversity and robust yet gentle nonsense o thousands upon thousands of people. Thank you to all the acts who have performed with us this year: Professor Reakes, Isabella Storyteller, Billy Squire, Anthony, Zoot & Pat, but especially thank you to our audiences…we hope to see you (and all your friends) next year! 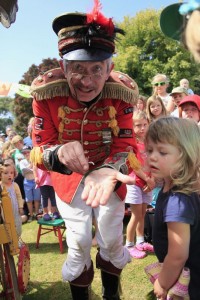 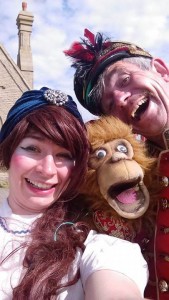 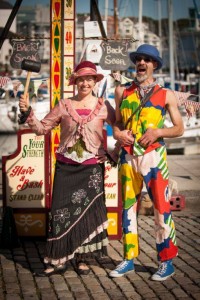 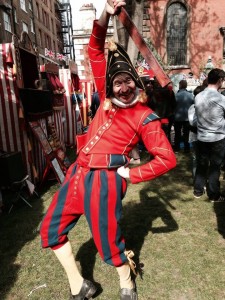