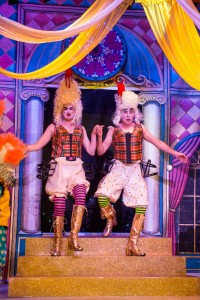 Cinderella – one of the oldest pantomime stories of all – was the perfect choice for the Theatre’s 225th anniversary year.

The magnificent set and costumes whisked audiences back to Georgian times and director Tony Lidington employed traditional stagecraft techniques such as shadow plays and puppetry to great effect. This was cleverly complemented by a fast-paced script; contemporary music; infectious energy from the cast; beautiful transformation scenes and even a walk-on part for a very cute Shetland pony called Charlie.

It was the fourth year running that the pantomime was produced by the Theatre’s own professional team and it was certainly a worthy successor to the previous productions with record box office sales. The reviews and audience feedback said it all! 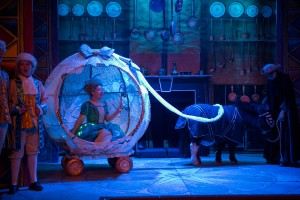 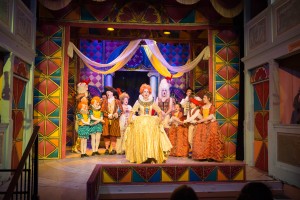 “A thoroughly joyful pantomime” – The Stage

“The best panto I’ve ever seen” – The British Theatre Guide