at The Georgian Theatre Royal 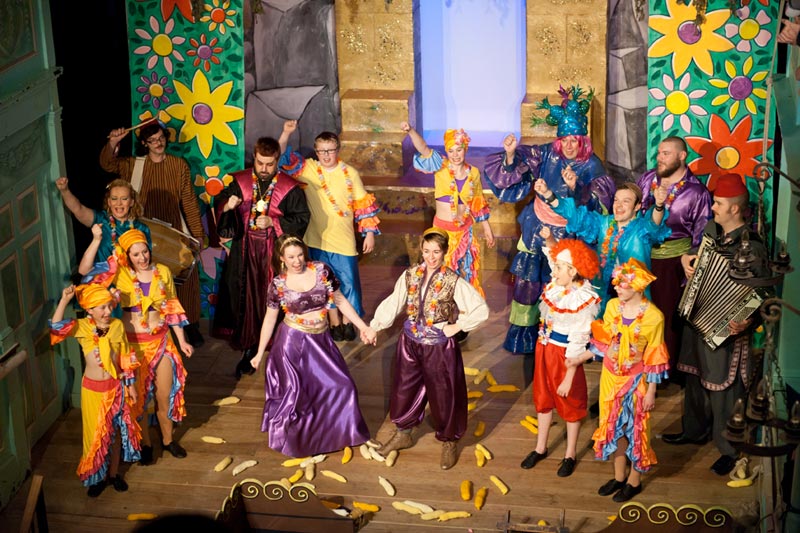 We used the same creative team as Mother Goose but we adjusted a few positions.  We wanted to make The Adventures of Sinbad a real showstopper of a piece; we even turned the entire Theatre into a ship!!

We organised a fantastic banana knit-athon where we achieved our target for 1,000 knitted bananas, we even had them from Cyprus and America! Our Dame caused chaos with her ‘Day Out’ around Richmond and we had so many entries to our Dame Donnas Fruit pudding competition!

The Adventures of Sinbad was a real action-packed sea adventure for all the family.  We met exotic dancers, cheeky monkeys, astounding acrobats and fantastical sea creatures.  It really was a journey not to be missed but it does mean we have set the bar just a little bit higher for Babes in the Wood this Year!”

“Their show is wildly, ceaselessly entertaining but, most importantly, a thing of considerable beauty.”
Kevin Berry, The Stage