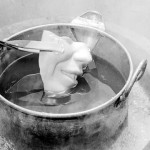 This was another BBC Radio 4 commission made by Pier Productions. I adapted “Joe Smith & His Waxworks” by Bill Smith into three 15-minute episodes. The series tells the stories of a travelling waxworks in the mid-Nineteenth Century. Broadcast in August 2015, it was selected as ‘Pick of the Week’ by Radio 4.

“An extraordinary account of a showman’s life drawn from his memoirs about touring a rough waxworks show around the southern counties of England in the 1840s. Read by Tony Lidington.

Published in 1896, Bill Smith’s memoirs recall his early life working for his Uncle Joe, whose touring waxworks show was well-known at country fairs in the south of England in the middle of the 19th century.

It’s an extraordinary story of the hardships of an itinerant performer’s life, in an age when the great historical characters from kings to vagabonds, and famous scenes from the Bible, literature and fairy tales were brought to the towns and villages of England by the showmen and storytellers of the travelling fairs.

A Pier production for BBC Radio 4.”

Ep 3: The Waxy-way
Joe describes the execution of Charles I, typically not letting truth inhibit drama

Ep 2: Duck, Love and Eloquence
Uncle Joe recruits an odd-job man and woos his wife at a dance.