Dr Tony Lidington has been a showman, researcher and teacher for over 35 years: he has run theatre venues, companies, festivals and events for and with a wide range of diverse communities. He specialises in historical popular entertainment forms and their application to contemporary contexts.

In 2017, he was awarded a doctorate for his research into itinerant British performance forms by Exeter University, where he is now a part-time lecturer. Tony is also an Accredited Lecturer of The Arts Society.

Tony regularly broadcasts for both radio and television – most recently for David Walliams and Lee Mack’s episode of ‘Who Do You Think You Are?’

However, he is perhaps best known by families throughout the country, as ‘Uncle Tacko!’ – ringmaster of his extraordinary flea circus and the founder of ‘The Pierrotters’, Britain’s last professional seaside pierrot troupe. 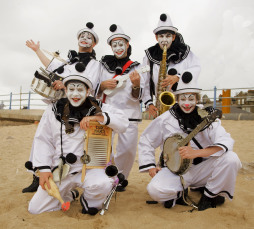 Tony’s archive of seaside Pierrot troupes and concert parties is believed to be the most extensive in existence and in this lecture demonstration about the history of seaside entertainment audiences will have the opportunity to view original archive material. The lecture asks: what is the British seaside? How did it come about? What are the origins of the seaside pierrot troupe and concert party… and how modern pop music and comedy are rooted in these very British Artforms.

Suitable for ages  11+, with original archive material, data- projected imagery and live 78 gramophone music…there’s even the chance to singalong! A CD of seaside entertainment is available for sale too.

Here We Are Again! – the great British pantomime 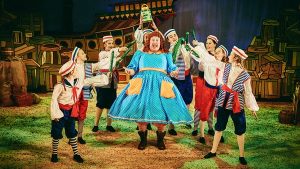 Where does pantomime come from? What makes a pantomime? Why is this peculiarly British style of show so successful? See our Pantomime page to see the depth of Tony Lidington’s experience in this specialised field.

Dan Leno – the birth of stand-up comedy and pantomime dames 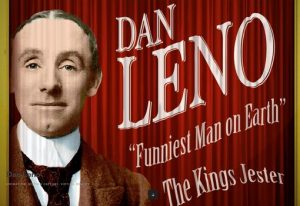 Exploring the life and performance history of Dan Leno. You can find out more about Tony’s one-man show Dan Leno – The King’s Jester here.

The Wonder of All Wonders! – peepshows & the origins of moving pictures 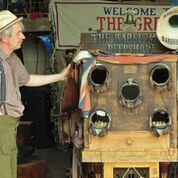 The origins of moving pictures… Raree men, peepshows, waxworks, magic lanterns and the bioscope. This is the story of how storytelling evolved from the showman’s banter to the mass medium of cinema, television and now the digital age… and how things haven’t really changed at all! 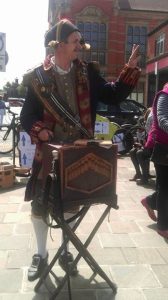 Explore the development of outdoor musical performance, including the mechanical barrel organs and ‘tingalary’ whose unique sounds instantly evoke fairgrounds and seaside resorts. 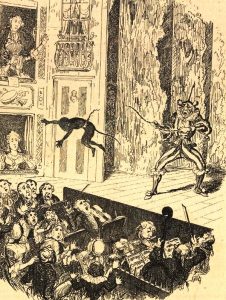 The real roots of contemporary British popular culture. A lecture-demonstration on music hall, minstrel troupes, concert parties, pantomime, circus, Punch & Judy from one of the country’s most exciting purveyors of British performance heritage.

Unless otherwise agreed, each talk lasts 1 hour, with 10 minutes for Q&A. Suitable for adults and families – the talk can be tailored for the ability and awareness of the group.

Dates of talks/papers for teaching & research:

Tony was awarded his doctorate (PhD) through publication and performance practice entitled “‘The Itinerant British Showman’: an exploration of the history and contemporary realisation of three popular entertainment forms” by Exeter University in May 2017 .

This thesis was presented as an ebook – if you would like to read the original version, complete with video excerpts and interactive footnotes & appendices, please contact Tony directly. A reduced version of the thesis was published in the international performance journal ‘Popular Entertainment Studies’ 190-963-1-PB Published article in Popular Entertainment Studies