Tony is an experienced broadcaster and has written and presented a number of radio series for BBC Radio 4, Radio 4 Extra and has worked with Pier Productions on many broadcasts.

We have included some audio files for you to sample some episodes – Byng Ballads, Clifford Essex, An Audience with Max Wall, Big Charlie and Curiosities of the Egyptian Hall.

Joe Smith & His Waxworks. Another BBC Radio 4 commission for Pier Productions. I adapted this 3 X 15-minute series from “Joe Smith & His Waxworks” by Joe Smith, telling the stories of a showman’s life, drawn from his memoirs about touring a rough waxworks show around the southern counties of England in the mid-Nineteenth Century. Broadcast in August 2015, it was selected as ‘Pick of the Week’ by Radio 4. An extraordinary . Adapted & read by Tony Lidington. 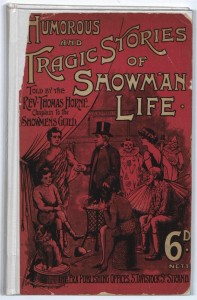 The Showman’s Parson: Tales from the Memoirs of the Rev. Thomas Horne”. A 3-part series about fairground sideshow life in the Nineteenth Century. It was broadcast on 2nd, 9th 16th March 2014.

Big Charlie The extraordinary story of the elephant Big Charlie and his journey by road from Ayr in Scotland to Filey in East Yorkshire. Selected as BBC Radio 4 ‘Pick of the Week’, adapted & read by Tony Lidington. Broadcast 2008.

4 Extra at the British Seaside  – Seaside entertainer Tony Lidington takes a trip to Brighton for Radio 4 Extra and reflects how this city has inspired a wealth of seaside memories captured in the BBC Sound Archive. Broadcast on BBC Radio 4 Extra at 9am & 7pm on 24th August, 2013.

Oh What A Lovely Pier! -Tony celebrates the Great Days of the West Pier, Brigton in his 1995 BBC Radio 4 Archive Hour ‘Oh What a Lovely Pier!’. With contributions from, amongst others, the late Corin Redgrave. 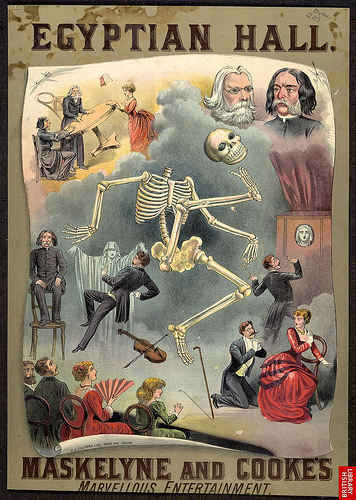 The Curiosities of the Egyptian Hall
Fictional tales about ‘The home of British Illusion’, The Egyptian Hall, Piccadilly. Read by Madhav Sharma. Broadcast December 2009.

The Byng Ballads
A 3-part story about the life of Douglas Byng – the celebrated female impersonator of the 1920s & 30s. Tony met Dougie in 1986, just before Dougie died at the grand old age of 94. Dougie was the doyen of the bright young things and a forerunner of glamorous female impersonators such as Danny La Rue or Dame Evadne Hinge. 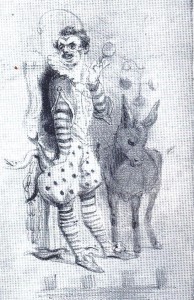 The Victorian Clown – a 5-part series for BBC radio 4 adapted and performed by Tony Lidington from Jacky Bratton’s book on the itinerant circus clowns touring Britain in the 1870s.

An Audience with Max Wall – a 5 part series adapted & performed by Tony Lidington for BBC Radio 4 recorded in front of a live audience at The Concert Artistes association (CAA), Broadcast December 2007. Radio 4’s ‘Pick of the Week’ in which it was reviewed as “a comedy masterclass”. 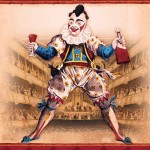 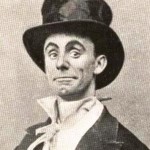 An Audience with Dan Leno – a 5 part series adapted & performed by Tony Lidington for BBC Radio 4 recorded in front of a live audience at The Concert Artistes association (CAA), Broadcast December 2006. 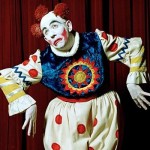 Clowning Around on 4 Extra. Tony Lidington traces the role of the clown in British humour, from the Great Grimaldi through stars of circus, pantomime and pierrots, to modern entertainers and even activists. 3 hours. March 2014 for BBC Radio 4 Extra

(we hope to bring you more information soon)

Clowning Around – Clowning in the downturn, BBC Radio 4 broadcast 2012 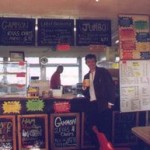 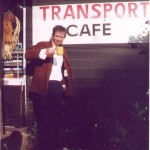 An Audience with Grimaldi – a 5 part series adapted & performed by Tony Lidington for BBC Radio 4 recorded in front of a live audience at The Concert Artistes association (CAA), Broadcast December 2003. Pick of the Day – The Guardian, 22.12.2003

On Tour with the Pierrotters – Kaleidoscope Special, 1990