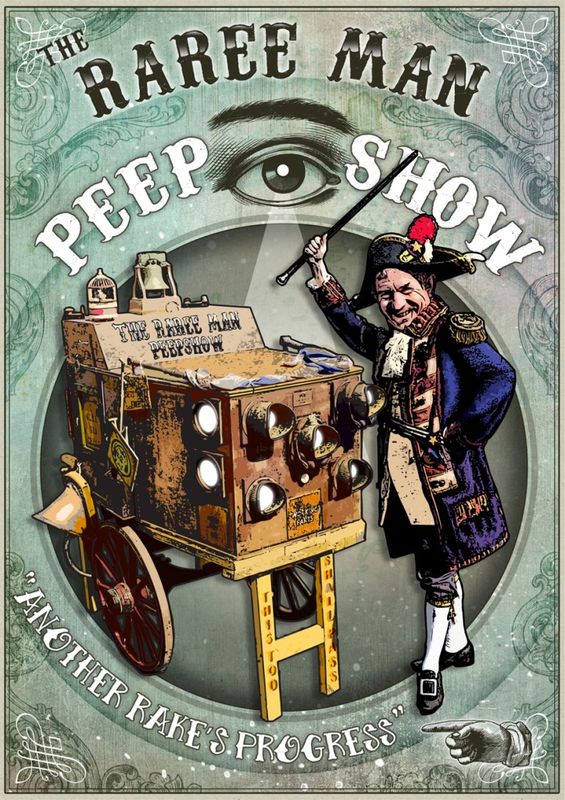 Like ‘Uncle Tacko’s Flea Circus’ and ‘The Imaginarium’  this is the next brilliantly bonkers and highly entertaining project to explore historical forms in contemporary contexts.

It was developed in 2015 and had great shows. Available ongoing… 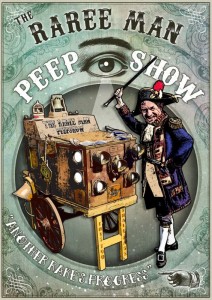 The peepshow was one of the most popular forms of street entertainment in the 18th and 19th centuries – not only depicting scenes for amusement, but often as a medium to educate, showcase exotic scenarios and present moral tales. The form is now almost unknown, but is an ideal means by which to engage with a contemporary public– a show that is at once interruptive and i

Promenade Promotions has recreated the pre-cinematic  entertainments of the 18th and 19th centuries for both amusement and education in a wondering age. The Raree Man’s Peepshow has been brought into the 21st century

The Raree Man  project from Promenade Promotions – the initial R&D phase was funded by a ACE GFA award, with support from the Bill Douglas Cinema Museum, The Northcott Theatre Exeter, Exeter University and Exeter Unexpected Festival.