My first pierrot postcard was a picture of the ‘Dandy Coons’ of Worthing, which I bought from a table-top sale in Brighton as an undergraduate at Brighton University in about 1982. 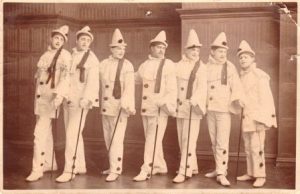 (Image 1) – you can still see the holes where the drawing pins held it to the wall above my bed in my bedsit on Regency Square! I lived just 50 yards from The West Pier and a seafront that had hosted a myriad pierrot troupes and concert parties over the previous century…yet not a trace of them remained.

As an undergraduate, I was fascinated by the whole gamut of popular entertainment: music hall, silent films, fairgrounds and above all, the seaside. It was a post-punk era and street performance was all the rage – spurning bourgeois notions of box offices and proscenium arches, the street offered an opportunity to escape the commercial tyranny of conventional theatre and communicate to ordinary people in ordinary places. The seaside has always been where new ideas and innovative practice have been implemented: Volks’ Railway was the first electric railway in Britain and ran from Brighton’s Palace Pier out to Black Rock (Image 2), the first electric street lighting was along Brighton seafront, the phenomenal engineering works of piers like Eugenius Birch’s West Pier (Image 3), or towers like the Blackpool Tower complex (Image 4). So, too, the seaside has always been in the vanguard of new entertainment forms – whether in the development of technology such as mutoscopes (what-the butler-saw machines Image 5), bathing costumes or the current vogue for riding the waves on giant inflatable bananas! Pierrot troupes fit into this world of innovation and I have researched their history for the last 35 years. This article is the story of my visual and practical research into an indigenous, mass artform that has been all but ignored by cultural historians and folk memory, despite it being a key component of Edwardian and Twentieth Century popular culture in Britain.

There are no text books on the topic,  just some anecdotal reference books (Geoff Mellor’s ‘Pom-Poms & Ruffles’ & Bill Pertwee’s ‘Promenades & Pierrots’), there are no films and no gramophone recordings, just countless numbers of faded postcards all dating from the start of the picture postcard history in Britain at the start of the Twentieth Century, when a message could be sent on the reverse of a photographic picture: a device which quickly became used by every seaside pierrot troupe as a marketing & merchandising device.

Earlier that year, Clifford Essex had seen a production of ‘L’Enfant Prodigue’ at The Prince of Wales Theatre, in which the company performed as a family of pierrots – this provided him with the inspiration of performing as a musical troupe at the up-market Summer events that season, to usurp the usual buskers. The success of ‘The Pierrot Banjo Team’ (as they were first known), led to performances for the Prince of Wales himself at Cowes Regatta, which enabled the troupe to adopt the title of Clifford Essex’s ‘Royal Pierrots’ , who then performed throughout the land (especially at seasides), with countless imitators, for the next 25 years.

Much of the al fresco competition at seasides came from the so-called ‘nigger minstrels’, whose burnt-cork faces and grotesque costumes were regarded as tawdry and low-brow. (Image 7.) The pierrots, by contrast, offered what was considered to be a more refined, smart look and a more accessible, family-friendly style of entertainment.

Between the creation of Essex’s first troupe in 1891 and the outbreak of the First World War, the pierrot troupes went from a one-off experiment to a mass popular artform. There was a massive economic boom at the British seaside resorts, which capitalised on the leisure income of the regular holidaymakers, brought to and from the nearby industrial towns by the railways, throughout the Summer. Entertainment forms burgeoned, as the more traditional holy-daying at local seasonal fairs or travelling entertainments declined and new leisure pursuits, such as the pierrots took hold. A large resort might have 3-5 pierrot troupes performing simultaneously along the promenade – sometimes outside, on a trestle stage or ‘tilt’ (Image 8), but these occasionally got demolished by the incoming tide (Image 9) , so specially-built staged areas became popular (Image 10). Seeing the pierrots became part of the seaside experience – as much a contributory factor to a ‘good holiday’ as ice cream, donkeys, romance, or the beach itself. Indeed, it might be argued that the seasonal work at the British seasides became as large an employer of performers as music hall, variety or pantomime. I have thousands of cards that say what a good time the writer is having, who they might like in the picture of the troupe, or wishing that they could stay longer: my postcard collection is a treasure trove of joy and rapture in both images and words!

The First World War consolidated the mainstream presence and impact of the troupes, as folk at home raised ‘war bonds’ and funds to support the soldiers fighting overseas (Image 11), some raised morale by performing at the British garrisons, others went out to the various war zones to perform on makeshift stages and in field hospitals, whilst the soldiers themselves created their own pierrot troupes 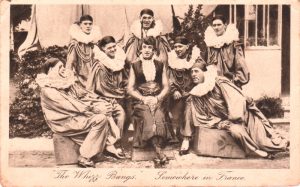 (Image 12). Even hospitals found a way to create pierrot concerts for their convalescents (Image 13). The pierrot became a hero: a figure of defiance, who despite his European origins in the Commedia d’Ell Arte, came to represent defiance, stoicism in the face of adversity and a sense of nostalgia for the homeland.

Between the wars, the image of the pierrot waned and started to be replaced by what were called ‘costumed concert parties’ – these were troupes with roughly the same number of performers and  style of performance, but instead of the conventional white satin, ruff, conical hat and pom-poms, they began to be replaced by matching natty sailor outfits and quasi-naval uniforms (Images 14 & 15). The uniformity and anonymity of matching outfits was retained, but there was a greater freedom to explore alternative options and a greater ease with which to identify individuals in the troupe.

It was the Second World War that led to the ultimate demise of the seaside pierrot troupes and concert parties: although, as we shall see, the form transmogrified into an even more powerful medium. Due to fear of invasion by the Nazis, the seaside beaches of Britain were covered in barbed wire and mines were laid; the landing piers were broken in the middle to prevent sea-landings (although how a Panzer tank would ever have been supported by the stanchions of a seaside pier, I can’t imagine!) In short, the relationship that the British public enjoyed with the seaside resorts for half a century was broken: motoring & caravan holidays and package holidays to the costa del sol replaced the resorts as holiday destinations, whilst record players, radios and pop music replaced what was regarded as the rather old-fashioned, staid entertainment offered by the pierrots and concert parties.

The concert party format had been so successful in the war years (ENSA provided over 6 million performances during that time), that in 1948, the government recognised the valuable impact of the arts on the population and established the Arts Council of Great Britain. Meanwhile, the style of sketch comedy transferred to the radio-waves with shows like ‘ITMA’ and ‘The Goon Show’ (Image 16), whilst the popular home-spun music combinations that had performed live at the seasides, transmuted into skiffle and then pop music. It is inconceivable that comedy such as ‘Monty Python’s Flying Circus’ or ‘The League of Gentlemen’, or music such as ‘The Kinks’ or ‘The Beatles’, could have existed without the evolution of their styles of performance through pierrot troupes and concert parties.

Most pierrot troupes performing professionally at the seaside ceased after the 2nd World War, although I have found evidence of a professional concert party – ‘The Ramblas’ from Clacton who were still performing in 1968 (Image 17). Then, in 1983, I formed my own troupe – ‘The Pierrotters’, to explore the realities of performing as a pierrot on the seafront 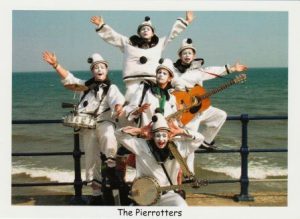 (Image 18). I bought my first second-hand banjo with £40 of my 21st birthday money, taught myself eight chords, spent a weekend sewing white bridal satin and black lycra pom-poms, then busked with my troupe of five on the beaches of Brighton as my pierrot character ‘Uncle Tacko!’ From such humble beginnings and a spirit of curiosity, combined with the energy and musical ability of a young punk, I began my quest to research the story of pierrots in Britain – an industry that can claim to have been the test-bed of post-war British comedy and the roots of our pop music. Over the ensuing 30 years, my work on pierrots has led to me performing throughout the seasides and theatres of Britain and like my pierrot hero Clifford Essex, to royalty and an invitation to Buckingham Palace. More recently, I have started teaching to universities and popular entertainment specialists & musicologists about the roots of our performing heritage: this work has included a BBC Radio 4 series on Clifford Essex, a BBC 2 documentary on ‘The Pierrotters’, several documentaries and most recently, a SkyArts programme about Walter Sickert’s painting ‘The Brighton Pierrots’ (Image 19). Last year, I completed a doctorate in British itinerant performance at Exeter University, which was inspired by my work on pierrots, so now I can even add the title of ‘Dr’ to ‘Uncle Tacko!’

All that remains today, in terms of an archival record for this huge, mass entertainment industry, are the posed, stiff images of countless postcards of troupes from all over the country – some of which are printed here. I have amassed a huge archive of material relating to the pierrot and concert party industry – the largest, I believe, in existence and it is now my intention to write the definitive book about their history and legacy, as well as creating a national archive that recognises the lasting significance of this precious, lost artform. I would very much like to hear from anyone who has a collection of materials that they would like to offer to compliment the archive: I am interested in images, programmes, bills and ephemera – condition is not important; if anything, it is the information that they contain that matters most…who, where, when and of course, those delightful messages on the back that tell us which pierrot (or pierrette) they fancy, or what the digs were like for the performer sending the message. If you have some materials of interest, please do get in touch at the address below and have a look at my website (www.prom-prom.com ), where there is a section all about pierrots under ‘Tony Lidington’ – ‘Research’ – ‘Pierrots’. This is an important part of our British cultural heritage and our popular entertainment tradition, it is vital that it is preserved and curated for the benefit of future generations. (Approximately 1887 words)